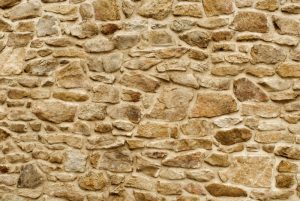 Monocacy Park is one of the beautiful, historic areas gracing Bethlehem, PA. Its rich background includes thousands of stories, but one in particular is resurfacing at present.

Last Wednesday, a project began to restore the Works Progress Administration stonework and masonry that currently lends the park a certain individuality.

Monocacy Park itself was constructed in the 1930’s as a project for the WPA, part of President Franklin D. Roosevelt’s New Deal work-relief programs. This project gave work to men in the area who found themselves unemployed as a result of the Great Depression, and accordingly, gives the park great sentimental value to the community.

Students and volunteers are working to replace grout in some of the columns and give some much needed TLC to the park’s picnic tables and fire pits. All of the grout that is removed will be recycled back into the project. Perhaps the most iconic fixture being restored is the retaining wall, which sports the bold initials “WPA” on one side and the year 1936 on the other.

Although they will be working under the supervision of some stone masonry experts, these volunteers are just as untrained in this traditional art as were the men who originally built the park — and this seems very fitting. The group will be using modern stone mason technology, such as micro injection grout, to improve the park’s structure and waterproofing.

As a true admirer of traditional stonework, Ralph Petrillo and the rest of Petrillo Stone Corporation are warmhearted to hear these community restoration stories. It really puts life back into the architecture. What do you think?